Nicklas Dennermalm worked with the Face of AIDS Archive back in 2001-2002, documenting the HIV epidemic in Russia. The result was a short film called Outreach, in which he highlighted the different approaches to the problem. He now works with RFSL Stockholm (The Swedish Federation for LGBTQ People’s Rights) with HIV prevention, and is affiliated with Karolinska Institutet, department of Public Health Sciences.

I visited Russia twice during the fall/winter of 2001, the second time with film photographer and film editor Richard Ahlqvist. The epidemic in Russia at the time was described as a hidden disaster, ready to explode. In a time of post-Soviet Union chaos, heroin was booming, making drug users the first line of victims together with sex workers and gay men. Very little was being done to prevent HIV among key populations, to help people living with HIV, or to diagnose those not yet aware of their HIV positive status. Antiretroviral treatment was being rolled out in Europe, but very few were accessing these important drugs in Russia in the early 2000s. We documented efforts being done by a variety of actors. We met non-governmental organisations (NGO) doing workshops with drug users on safer intravenous drug use. Needle exchange was not widely available, but other practices were used, for instance cleaning needles with bleach.

Our partners in Russia wanted us to get a broad representation and show us their reality, but I was not prepared for what I was about to see – not for the situation these people endured, nor for their incredible strength. Late one evening, we met with sex workers in a mobile health unit. They had been waiting for us for hours to give us their stories about client abuse and the difficulty of staying safe from HIV. We met with drug abstinence programs run by the Orthodox Christian church in the middle of a forest, where the drug users were trained to become carpenters. We met with an orphanage manager who was proud of a boy for not yet doing drugs. The boy was nine or ten but looked younger.


Father Sergei describes the work they do in order to get men of drugs, both working with religious traditions but also providing training so the men can apply for jobs when they are leaving.

We interviewed members of the church, the police, NGO:s, drug users, sex workers, but no gay men. Looking back, I am surprised and ashamed that I, as a gay man, did not address the issue of gay men’s health in this stage. Even though the epidemic was described as a drug user epidemic, of course gay men were also getting HIV.

We found that there was a big difference between Moscow and St Petersburg in their approach to harm reduction, where the politicians in Moscow favoured abstinence program and church led interventions, and St Petersburg tended to be more open towards harm reduction methods. This seems to still be the case, almost 20 years later. Viktoria Dollen at AIDS Foundation East West, one of the organisations I met back in 2001, confirms that Moscow is still conservative, and adds that smaller regions tend to follow Moscow’s example. “I think that if Moscow changes its mind, it will be better for the whole country.”

Today the epidemic has hit the general population with more than one million infected. Globally, we see a decrease of AIDS related deaths since 2004, more people know about their HIV status, and more and more are getting access to antiretroviral treatment. An outlier in this is Russia and other former Soviet Union states. In Russia, there is an increase of AIDS related deaths by 38 % the last years, and half of those get their HIV diagnoses at the same time they are getting an AIDS diagnosis. Dollen continues: ”It should not be like this. There is enough capacity and there is enough money to stop the epidemic. I think it is because nobody wants to work with the key populations.” She explains that Russia spends a lot of money on HIV prevention, but only focusing on the general populations rather than focusing on key populations as defined by WHO. Drug users, sex workers and men who have sex with men are not being targeted, and by not addressing the key population, the epidemic will go on. Dollen says: ”The Russian authorities tries to paint a beautiful picture of the work they do in order to work with the HIV/AIDS epidemic, but at the same time they are ignoring the key populations because to work with these populations is to admit that they are part of the Russian society, that they even exist.”

In this situation, the policy has been to reject the idea of harm reduction, ban methadone substitutions treatment, stop HIV information and sexual education in schools, and labelling foreign funded HIV organizations “foreign agents” (according to the Foreign Agents Law from 2012). As a result of donors being labelled “foreign agents” and “undesirable organisations” being banned, major donors like The Open Society Foundation can no longer work in Russia.

HIV and drug clinics are underfunded, and the Orthodox Christian church is still opposed to sexual education, needle exchange programs and methadone substitution. Dollen explains that the church still has a lot of political influence, not only for HIV, but in general. The church does not want to work with sex workers since it is by definition a sin to have multiple partners. However, there is some variation in the attitudes and degree of conservatism in different churches, which reflects back on the social work they do.

S:t Petersburg seems to have broken the trend with a decrease in new diagnoses, made possible through a co-operation with the civil society, and by adapting the “test and treat” strategy recommended by WHO. There are also other local initiatives which can provide condoms and harm reduction methods to key populations, with financial support from international donors like The Elton John Foundation and AIDS Foundation East West.

At an STI conference in Tallinn in September 2019, I met Yuriy Tyulenev, a Moscow based researcher on HIV/STI and MSM at The Institute of Epidemiology. We spoke after his presentation, and I asked him about the HIV epidemic. He told me about the Pre-exposure prophylaxis (PrEP) situation in Russia. “PrEP is available in Russia now. It is not a governmental programme, but it is available for the people. You can buy it for 100 USD per month, online or at a pharmacy.” In many European countries, PrEP is associated with local standardized protocols on testing regularity for sexually transmitted infection. This is not the case with Russia which, according to Tyulenev, may make the STI situation more problematic.

I asked Tyulenev what other challenges Russia faced in the field of HIV prevention and he instantly mentioned stigma. “We need to fight for our rights. We need to fight stigmatization. This is the main problem. But young people are more tolerant. In order to fight stigma, we need to start at school.” He explains that sexual education is needed, and that the pupils need to learn about different groups in society, which in turn will make them more tolerant. “Social media outlets like YouTube are working as information sources, but teachers who speak directly to students should do this, and teach how to be kind and make the world a better place.”

At the same conference, I also met with Gennady Roshchupkin, who has a background in AIDS Foundation East West and UNICEF, and is now working with key communities in HIV/AIDS response, and with the PrEP implementation in Eurasian Economic Commission region (EEC). In his conference presentation, he highlighted the situation in the former Soviet republics like Armenia. He quoted politicians and religious leaders demonising the LGBTQ community by calling them “a headache” and claiming they should be “exterminated”. But he also highlighted how the Baltic countries have chosen another path, making LGBTQ people more acceptable in the population. “Until 2014, there were no countries in the EEC which had a clear policy on the prevention for MSM and trans people, and since then HIV services has been created. At that time, MSM usually was mentioned in a second level policy document as a target group and it gave the possibility to get grants from the Global Fund, which was the main donor for key populations.

Roshchupkin also highlighted policy issues: “In 2014, the Global fund issued the Investment Guidance for Eastern Europe which required to use the Global Funds grands for transition from donor to national funding.” As for now, most countries recognize MSM as a key population for HIV prevention, but only two recognise transgender people as such. “Four countries started to fund work with MSM from the national budget. It shows that despite strong homophobia there is a way to make health policy responsive to LGBT health needs.“ He continues: “Homophobia is widely spread in Eastern Europe and Central Asia, it is not properly addressed in existing laws and health policy, and results in the continuing spread of HIV and STI:s among LGBT communities.” Since the health care system is part of a homophobic context, a large proportion of violations against LGBT people is committed by health care professionals. Tony Snizhko at RFSL continues on this topic:

If we talk about marginalised groups like gay men and trans people and sex workers, I really think that we have to recognise that there is a very high level of homophobia and transphobia within the health system. So even if health services are provided by the local hospital, many would never come there because it is a personal risk to be outed as gay, but also a risk for one’s job and for one’s family. Confidentiality does not really work in the health care system. There are some health services in Russia, but we have to be realistic about who can use those and if the community is aware that it can be used.

In a political setting where The Ministry of Education and Science deems the word “condom” too controversial for a World AIDS Day campaign, it is hard for me, as an outsider, to be hopeful. Dollen disagrees with me, which makes me happy:

One positive change, both within the church but also in the population of Russia, is that there is a significantly more tolerant attitude towards people living with HIV compared to 20 years ago. The situation for people living with HIV is of course not easy, but compared to the late 1990s, when they in some cities couldn’t ride the bus, things have changed for the better. Our system changes, but slow. Step by step. We have enough capacity, we’ve done a lot of things, very interesting and successful programs. If we can uphold the programs and show everyone what we do, maybe we can change the situation. I am optimistic. This optimism is shared by Snizhko in regards to the rise of activism, by Tyulenev for the introduction of PrEP and free treatment, and by Roshchupkin for the highlighting of MSM in HIV prevention in parts of the EEC since 2014. 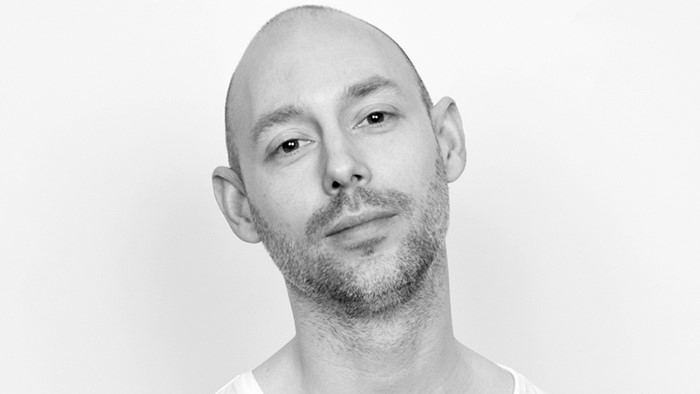 Works with RFSL Stockholm (The Swedish Federation for LGBTQ People’s Rights) with HIV prevention, and is affiliated with Karolinska Institutet, department of Public Health Sciences