“AIDS – Metaphor and Reality” in October 1986 was one of the first international conferences on HIV and AIDS in Europe. Staffan Hildebrand and his team documented the conference and made short interviews with some of the keynote speakers and participants. The film AIDS – föreställningar om en verklighet ("AIDS – Metaphor and Reality") presents some of the leading voices in the international AIDS discourse and politics at the time. But the film is also a unique documentation of four young individuals and their experiences of how to live with HIV in Sweden in the mid 1980s.

On October 22-24, 1986, the international conference “AIDS - Metaphor and Reality” was held at the fashionable Grand Hotel in Stockholm. The conference gathered 800 participants – primarily from the Nordic countries, but also from the rest of Europe, the United States, Africa and Latin America. The focus of the conference was broad: in addition to the medical aspects, the epidemic's social, cultural and political dimensions were addressed.

The conference was organized by four non-government organizations – RFSL, RFHL, RFSU and Läkare mot AIDS (“Physicians Against AIDS”) – and assisted financially by local authorities and the influential governmental AIDS-delegationen (“National Committee on AIDS”). Responsible for the practical arrangements, and a strong force behind the conference, was the private organization Institutet för sociala studier (“Institute for Social Studies”) and its chief representative, the sociologist and Swedish AIDS activist Benny Henriksson.

Minister of Social Affairs and Chairman of the NCA, Gertrud Sigurdsen, was acting as official host and chairman of the conference. In her welcome address, opening the official program, she emphasized that knowledge – in the absence of a vaccine and a cure – was the best protection against a further spread of the disease. “Let's approach each other in a spirit of curiosity and humility for our different, mutually enriching perspectives”, she wrote in her official letter of welcome. “We have a lot to learn from the content of the conference and from each other.” 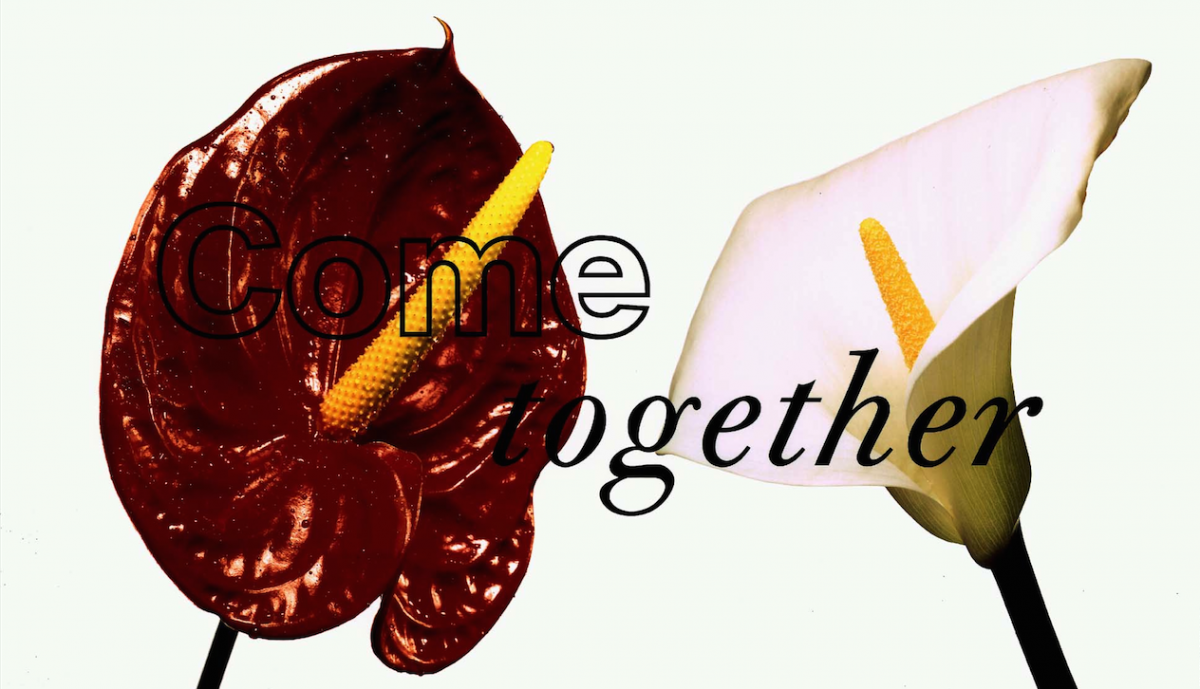 During the three intensive conference days, different talks, sessions and panel discussions followed each other.

Many of the participants were Swedish and Nordic social workers, health care professionals, teachers, employees in youth clubs, and of course, representatives from various NGOs. The conference also gathered several international speakers and participants. But although all lectures were simultaneous interpreted into English, it is obvious that the conference in practice was intended for a Scandinavian audience.

It is also clear that the participation of people living with HIV were a natural part of the conference: it was an explicit ambition of the organizers that their voices and experiences should be an active force in the sessions and discussions.

And according to the organizers, the major objective of the conference was to exchange knowledge between different kinds of expertise – not only medical – and to create a climate where it was possible to discuss different and concrete proposals for action.

There was also an ambition to spread the knowledge that emerged during the conference, primarily between the participants, but also into society at large. During the conference, for example, a daily newsletter was produced that in depth highlighted the most important events of the previous day.

Staffan Hildebrand's film “AIDS - Metaphor and Reality”, the very first film in the Face of AIDS Film Archive, was a part of the same aspiration to document and educate. The film, produced during the conference and sent to all participants as a free VHS shortly thereafter, collected some of the leading voices heard during the three intense conference days. The explicit purpose was that the film should be shown by the conference participants in their local communities, to give their colleagues and comrades, as it was described on the VHS, a 'glimpse of all the discussions that occurred'.

The 16-minute documentary, “AIDS - Metaphor and Reality”, obviously represents some of the aspirations of the conference as it focuses on information and experiences. The film therefore provides some concise virological and epidemiological knowledge but accentuate – just as the conference – HIV and AIDS's social and cultural effects, on how governmental authorities, media and various organizations managed the situation that had arisen.

“AIDS - Metaphor and Reality” is in many ways a dramatic, even frightening presentation of AIDS as a new threat to society and individuals alike. Yet, the film also opens up for some very personal stories as it collects four individual reflections of how it was to live with the infection in Stockholm in the fall of 1986.

The film is thus one of the first documentaries that actually takes time to listen to the infected themselves, to give them an opportunity to present their experiences in their own words. A story of a painful, devastating test result, of anxiety and anger – yes, of course. But also of strength, determination and solidarity, of dreams and hopes, of the richness and the fortune of life.

HIV and AIDS in politics and media

Among the experts and researchers interviewed in the film is the British photographer and cultural theorist Simon Watney.

Watney later came to be one of the more productive and influential scholars on HIV and AIDS cultural and political dimensions. Already in this early interview, it is clear that Watney is highly critical of how HIV and AIDS were handled by the authorities and by media. For example, the tabloid press covering of AIDS was often ignorant, Watney argues. An insensitivity based in part on indifference, a lack of knowledge and of homophobia, and in part of the economic logic of an aggressive, highly competitive newspaper market.

The American journalist Ann Giudici Fettner, one of the conference key note speakers, was like Watney very critical to much of media coverage of the epidemic, often dominated by alarming articles and illustrated with shocking headings and freighting photographs and images.

In the film, she talks about the important role of mass media and emphasize the editorial obligation to report on HIV and AIDS in a well-balanced and responsible way. Journalists, she claims, must educate themselves, and reflect on the meaning of every word.

Several of the conferences talks and sessions focused on different forms of prevention.

Everyone seemed to agree upon that prevention was something important. More complicated, and controversial, was how the concept of prevention should be defined in practice or operationalized into direct action, especially when it came to people’s sexual behavior.

One of the most noted, and by far the most quarrelsome sessions, was the display of the American information film Chance of a Lifetime, produced by the organization Gay Men’s Health Crisis from New York and presented by the organization's representatives, the ‘safer sex’-educator Jim d'Eramo.

‘Safer sex’ was defined by d’Eramo as “every kind of sex you can imagine, that doesn’t include the exchange of blood or semen”. But to practice “safer sex” was not only a question of sexual techniques: it was an act of love, of emotion, wellbeing, responsibility, intimacy and care for oneself and your partner.

The information film Chance of a Lifetime had therefore been developed to visualize and communicate the practices of “safer sex” to men who had sex with men, and the film therefore included scenes where men had sex – “safer sex” – with other men.

But the decision to show the film was highly provocative. Even before the film was shown, several participants protested and demanded that the film had to be stopped and canceled from the official program.

However, RFSL – one of the leading organizers behind the conference – claimed that the strong negative reactions proved that it was not only right to show the film but absolutely necessary. In order to reach the men most in need of information about “safer sex”, RFSL continued, the film’s target audience must not only be able to identify themselves with the film's message: the message must be communicated in such a way that the men realized that they both could and wanted to have “safer sex”. And if not even those who worked professionally with HIV dared to talk openly about sex, who would? RFSL asked rhetorically.

The scandal, however, was already a fact. The conference chairman and Minister of Social Affairs, Gertrud Sigurdsen, canceled her closing speech with short notice, by many interpreted as a protest against the organizers decision to show the film even if it was never said straight out. Decades late, in an interview accessible in the Face of AIDS Film Archive, Sigurdsen acknowledges that she was strongly advised by her staff not to participate in the closing ceremony due to the upset feelings caused by the film.

More importantly, the open conflict around Change of a Lifetime illustrates not only the authoritative bounders of what could be said and shown, it is also a clear example of the fast changing nature of the official HIV and AIDS discourse.

Hence, as being something highly provocative and debated in the mid 1980s, the concept of “safer sex” was soon to be mainstreamed and even become an important part in many countries’ national HIV information campaigns: the condom, as a tool and symbol, was from the early 1990s recurrently addressed as a way to take care of yourself and your partner, regardless of with whom or how many you had sex with.

Neither the conference or the film changed or challenged in a dramatic way the contemporary, mid 1980s, national or international public debate on HIV and the epidemics’ social, cultural and political consequences. However, both the conference and the film highlighted important additional dimensions and aspects of the epidemic beside the medical, and by that inviting many other professions and actors in the official HIV and AIDS discourse – social workers, teachers, journalists, politicians, priests, youth leaders, activists – not to mention those who were living with the infection themselves.

“AIDS - Metaphor and Reality” from 1986 is therefore a vital example of some of the additional, multilinear conversation about HIV and AIDS that appeared in the mid 1980s, and as such a rich illustration of the potential of the audio-visual documentary material in the Face of AIDS Film Archive. In short: The individual voices presented in the film, and further traceable throughout the archive, provide us with material for a more comprehensive picture of the national and international history of HIV and AIDS. 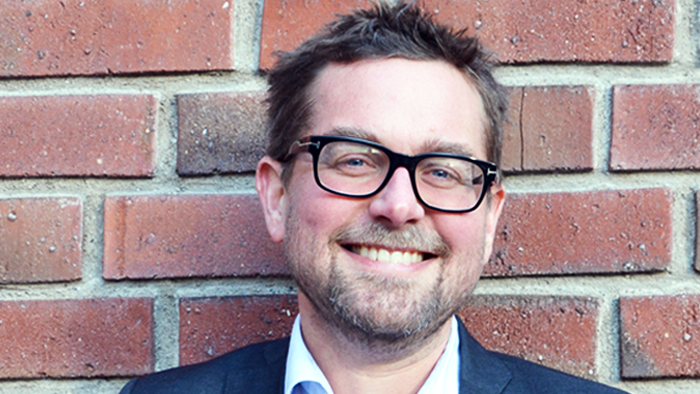